Explore The NRA Universe Of Websites

“During the past year Dana has proven herself to be a powerful voice for the Second Amendment rights of all Americans,” LaPierre said. “It is clear that Dana has the communication skills, experience, and natural ability to serve our organization well as one its very public faces in the news media.”

Loesch was named by the NRA a year ago to serve as Special Advisor on Women’s Policy Issues. She has also continued to serve as an NRA Commentator on NRATV, and has made numerous national media appearances on behalf of the NRA.

“I’ve been impressed with Dana’s command of the issues facing the NRA, as well as her ability to communicate our positions and connect with women, and men, on those issues,” LaPierre said.

LaPierre further reiterated that Loesch now has full authority to represent the NRA on a broad range of issues.

In addition to her new role as a major national media spokesperson for the NRA, Loesch hosts a nationally syndicated daily radio show, “The Dana Show,” as well as “Dana” on TheBlazeTV. She is a regular contributor to FOX News, ABC, CNN and other news programs, and has also co-hosted on “The View.” A former newspaper columnist and blogger, Loesch wrote the 2014 book, Hands Off My Gun: Defeating the Plot to Disarm America, as well as her newest best-seller, Flyover Nation, in which Loesch predicted the rise of flyover voters in the last general election. 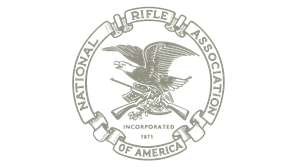 The National Rifle Association is America's longest-standing civil rights organization. Together with our more than five million members, we're proud defenders of history's patriots and diligent protectors of the Second Amendment.